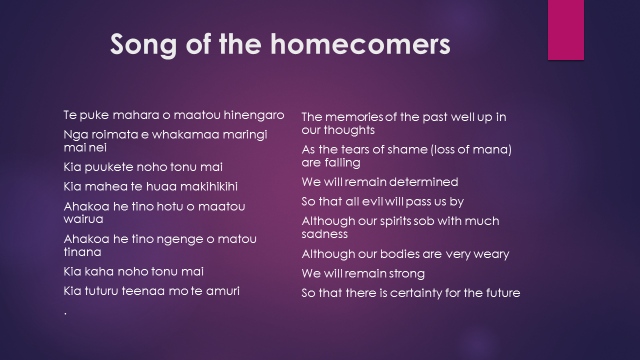 ​“So you’re the guy that wanted Bobby to work in a supermarket with a whole lot of children.  You should see what is on file about you!”   This professionally demolishing statement to one of my reintegration staff was in reference to a case in which he had advocated strongly in support for a man to take up a butcher apprenticeship at a supermarket.  He had been up-front with the manager who agreed to give the man, Bobby, a chance.  The Probation Officer, however, would not be convinced and did not allow this opportunity to proceed despite there being no actual legitimate reason to refuse the proposal.   The man gave up at this point, he breached his conditions and is back in prison.

Back to the first statement to my staff member.  Tellingly, it was in the context of a recent meeting with Probation Officers designed to build greater understanding of the different ways our organisations worked and to strengthen collaborative practice.    Sadly the comment served to purposely and definitively relegate the restorative model engaged by my staff to the realm of the crazy and ridiculous with the implication that he was an unintelligent and unsafe practitioner.

Deviance labelling is common place in the criminal justice system.  This is where attaching an abnormal label to certain people functions to stigmatize them in the public eye and even to prescribe matching behaviours from them in the future – call someone a criminal and he is more likely to behave like one.  Call a faith-based community organisation an NGO (completely reduced to an acronym) and the defining of their identity begins with the real possibility of it becoming a self-fulfilling prophecy, that is, that we remain powerless (hence the use of non) and only exist as a servant to the master who is the government or statutory organisation.

In order to re-image, re-frame and re-create a new prophetic vision of the work that is done in the community, post-prison, we need to determine to change the language in describing community-based organisations.

Anglican Action does not talk about itself in “non” terms.  We are not an NGO (non-government organisation).  To use this description immediately talks about what we are not, rather than what we are.

Anglican Action is a “justice through service” mission.  This makes a positive identity statement about who we are and what we are committed to.  Claiming a positive and substantive identity immediately positions us as an entity, a subject, and in turn makes it possible to be considered as a potential legitimate collaborator rather than an object that simply co-operates.

It builds working relationships on the basis that “We know who we are and we know who you are”, now let’s talk about what contribution each of us can make in an effort to work together in a common purpose.  We might then see that the playing field is full of equals working along a continuum of reciprocal and meaningful relationships.

We have found it very useful to lay claim to a positive identity because it opens up the discussion about what “justice through service” actually means.  We can then talk about our kaupapa, our heritage, our beliefs and values and the consequential value we bring and add to a collaboration which is different to the “value for money” equation that again calls us to justify our very existence.   It also prevents us apologising for being “non” and therefore “less than” and always playing catch-up in the inevitable power game with the statutory contract holder who always ends up as one who pays the piper …..

Contractual power and the power used to enforce compliance on court-imposed sentence conditions must be kept in context.  They cannot become the defining instruments for reintegration.   That’s why it is critical to have a strong sense of identity and purpose as agents for restorative justice.  It helps to prevent us from succumbing to the illusion that we are nothing but the long arm of the retributive system.

As a faith-based “justice through service” mission, we are able to lay claim to a set of priority principles about human uniqueness, dignity, restoration and reconciliation that moves the focus from the punitive to the restorative.  We therefore understand that release from prison gives rise to a “homecoming” for our brothers (predominantly men in our work).  The privilege of this falls to us which is both an immense honour and a significant responsibility.

We take from our tradition the great human stories and parables that underpin the notion of “homecoming” and one in particular stands out as a wonderful example : the story of the Prodigal Son.  I have used the famous Rembrandt painting to image this story.  Henri Nouwen spent many, many hours in contemplation of the painting, and the story and his writing takes us deep into our human psyche as well as our divine soul.  The effect is to lift our hearts and minds beyond the pain of devastating loss, tragic consequences and lost relationships to the hope inherent in homecoming, the celebration of a “returned one”, a love deepened and a new set of possibilities rich with potential.

Chris Marshall, in his book “Compassionate Justice” goes further with this challenge and suggests that this parable of restorative justice calls us to contemplate not only the restoration and reintegration of offenders but also to display towards them an open-handed hospitality, a readiness to share with them what the parable calls our “living” and “substance” so that they may again participate as equals in the social and economic life of society.

For those who don’t know the story, here is a brief, generalised overview:


There are significant layers and texture to this story and Nouwen’s contemplation interprets many of the complexities inherent in the restorative process.   It is powerful and compelling. Our offering of “homecoming” to brothers comes from the deeply imbedded belief or kaupapa found in this challenging parable.  It strikes right to the heart of compassion and justice – “justice through service”. We feel compelled and impelled to put out the welcome mat of compassion, support, challenge, strength, restoration and hope.  We see the extraordinary results of this human-centred, restorative approach.  An example has been this comment from a man incarcerated for 20 years and released into our supported accommodation with a Circle of Support and Accountability wrapped around him:

“On my arrival at AA and with CoSA I felt like a prodigal son welcomed home after a long absence from a normal and caring environment. I felt human again, and grateful of CoSA support”.
“My most significant learnings of my time in CoSA are I can cope and manage myself well even after twenty years in prison. My circle has been fabulous, their advice, company and assistance has been very much appreciated and supported me in this adjustment”.
"I have met a group of caring people who are prepared to accept me regardless of what I have done, they accept me for who I am”

As you can imagine, this confronts and sometimes affronts those who are wedded to a belief in the retributive, shame-based punishment model which offers what Chris Marshall describes as a “thin” morality-based notion of justice that prioritizes just desserts and strict application of the law of equivalence, the instruments of threat, control and compliance.

To choose the way of homecoming invites reintegration through honouring the process of return and restoration of the individual, those close kin relationships, the community, and ultimately our nation.  Another beautiful example was told of a man who had embezzled the money he had been entrusted to manage as a marae treasurer.  He was jailed for this crime but on his release, the marae brought him home, restored him to his people and his turangawaewae.  They returned him to his role, an extraordinary invitation to fully redeem himself by receiving an even higher level of trust from them.  He honoured that gift from his people manifold.

Again, when homecoming celebration is created, homecoming songs are written and sung, giving soulful expression to the story – past, present and future.

How do these and so many other countless experiences of homecoming which offer a way back to life become acknowledged in the statutory system and ideology?  How do contracts recognise the immense value of inviting and celebrating the restoration of people back to their true humanity and how do we enlarge the thinking and the possibilities of those working so often from the small-minded limitations of people and sentence management and compliance?


These gestures culminate, almost subversively, to truly honour the restoration process and the return to right relationships.    Chris Marshall again reminds us that “it is only because we exist in reciprocating relationships that issues of justice arise in the first place, and justice is essentially the making right of relationships”.

As Gandhi famously said in his deeply disconcerting and challenging words:

We must become the change we want to see in others …….